Get to know us

A dedicated team in your corner.

Our team of dedicated professionals shares the common goal of providing you with the knowledge, sound judgment, and personalized service you need to confidently pursue your financial goals.

We look forward to helping you define your financial vision—and making it a reality.

Anthony has been an advisor in the financial services industry since 1993. He earned his MBA from the University of Hartford with a focus in international business. During that time, he traveled throughout the Pacific Rim and Australia as part of his graduate studies and developed an appreciation for the emerging economies.

After 15 years of consulting with each other about financial services industry issues, Anthony and Mark Egidio formed Egidio Assante Wealth Management, LLC. In April 2009, Anthony was named Managing Partner of the firm. He is an Investment Adviser Representative of Commonwealth Financial Network®, member FINRA/SIPC, a Registered Investment Adviser.

An active member in the community, Anthony has been a corporate sponsor for numerous philanthropies including World Affairs Council, Connecticut Radio Information Systems (CRIS), Eastern Connecticut Health Network (ECHN), Friends of Gillette Castle, and Middlesex Hospital Cancer Center. He served five years as chairman of the East Haddam Economic Development Commission and six years as co-chairman of the legislative committee for the Middlesex County Chamber of Commerce, the largest chamber in the state of Connecticut. Anthony served as chairman of the board for the Middlesex County Chamber of Commerce from June 2009 to May 2010 and is still very active. Anthony chairs the executive compensation committee for the Middlesex County Chamber and oversees the investment committee for the Northern Middlesex YMCA. Anthony resides in Glastonbury with his better half and wife, Amy, and their three children, Natalie, Sylvie, and Ian.

Anthony Assante is proud to have been recognized as a President’s Club advisor for a distinction based on annual production that places him among the top 13 percent of advisors affiliated with Commonwealth Financial Network.

Each year, Commonwealth, the firm we partner with to help us better serve you, recognizes President’s Club advisors by inviting them to an exclusive gathering of their peers, leading industry experts, and Commonwealth home office staff. President’s Club advisors benefit from an intensive learning and networking experience designed to help them hone their expertise, share best practices, and provide ever-higher levels of service, education, and leadership to their clients. 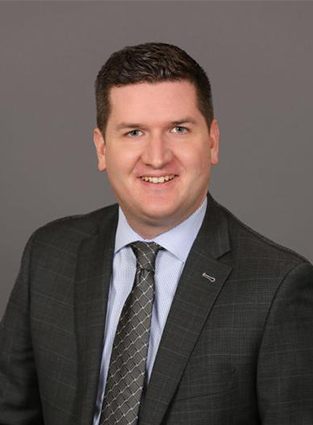 He has five years of experience working in the industry. After working at Fisher Investments and Fidelity, Tim wanted to work for a firm that is solely dedicated to helping their clients feel confident as they plan for and head into retirement. Tim joined Egidio Assante Wealth Management in April 2019 and he partners with Anthony Assante to deliver personalized planning for each of his clients at various life stages, from purchasing their first house to developing an income strategy in retirement.

Tim graduated from Oregon State University in 2012 with a bachelor’s degree. He obtained his FINRA Series 7 General Securities, FINRA Series 66 Uniform Combined State Law registration, and Life, Accident/Health licenses. Tim is also a CERTIFIED FINANCIAL PLANNER™ professional. It was important for Tim to earn his CFP® designation because he is a lifelong learner who always wants to be educated on the best strategies and planning techniques to help his clients achieve their financial goals.

Tim was born and raised in the Pacific Northwest and currently resides in Glastonbury with his wife, Rachel, their daughter Savannah and son Braden. They enjoy traveling around the U.S., Europe, and anywhere with a beautiful beach. Tim is also a big sports fan and enjoys watching college sports, soccer, and he never misses watching the annual Nathan’s Hot Dog Eating Contest. He also enjoys brewing beer when he has spare time.

Stefany joined EALWM in 2021 as a business development manager. Stefany attended Albertus Magnus College and received a degree in finance. Prior to joining the team at EALWM, she worked in the financial services field, handling client/firm operations, event planning, and paraplanning. In addition, she was a key member of the investment committee.

Stephanie joined EALWM in 2021 as a senior client service associate to Tim Stowell. She has a paralegal degree and worked for several years as an estate planning and probate paralegal. In 2007, she transitioned to the financial services industry and obtained her FINRA Series 6 and 63 securities registrations in 2013.

Stephanie resides in Tolland with her husband, Dennis, and has two daughters. She enjoys doing home improvement projects and outdoor activities. Participating in fundraising activities with friends and family is one of her favorite things to do. She has completed events such as Vino and the Beast, Warrior Dash, Color Me Rad, the Manchester Road Race, and the New England Parkinson’s Ride.

Melodie is an administrative assistant to Anthony Assante. She has 23 years of experience in the financial services industry, holding positions from a licensed associate planner to a pension consultant.  Melodie has strong expertise in the non-profit and government markets. Her strong organizational and interpersonal skills make her a valuable member of Anthony’s team.

In her spare time, Melodie likes gardening, hiking, reading, and flower arranging, but she is happiest when she is in her kitchen cooking for friends and family, sipping wine, and enjoying good conversation. 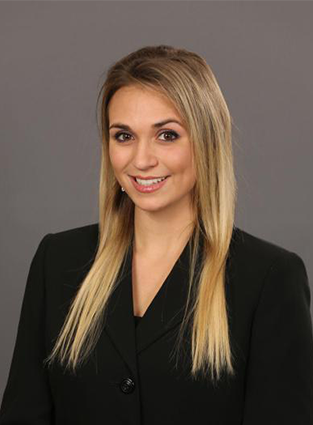 Kaitlyn is a senior client service Associate to Anthony Assante. She obtained a degree in hospitality management in 2012 and spent several years in the hotel industry.

Kaitlyn resides in Monroe with her son, Thomas, and enjoys spending time with family and friends.

Growing up in Monroe on her family’s horse farm, Kaitlyn and her sister traveled and showed horses competitively for six years. Kaitlyn also enjoys cooking/baking and traveling, but most of all she loves being a mom and spending quality time with her son.